Protesting against the cliché

B2B marketing is still adorned with cringe-worthy clichés that company executives are approving! For some reason, a percentage of the business-to-business community seems to have an addiction to using a variety of clichés whether they appear in copy, graphics or photography.

Not a cliché in sight

It’s our job, as professional designers and copywriters, to rid the world of these over-used marketing icons and convince these offenders that enough is enough… really we’ve had enough! Join us in our campaign against the cliché!

But enough of what exactly?

Well, here are some examples of cliché stock imagery that we think companies, such as Gettyimages, should ban from their collections: the relay baton; the light bulb; the handshake; the chessboard. All perfect examples of images that need to be abolished (unless you are selling light bulbs, in which case you are allowed one or two as product shots!). 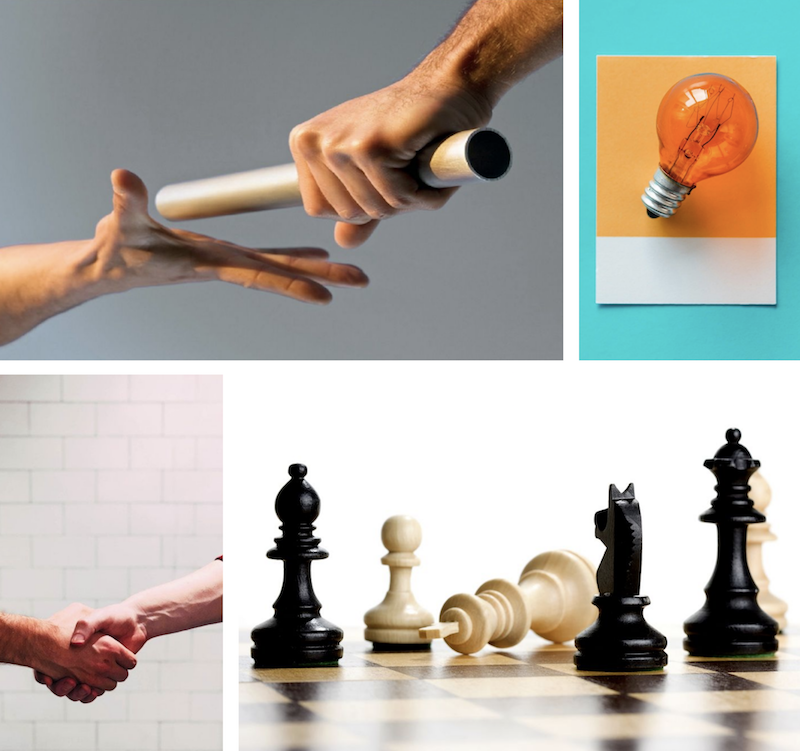 Less specific, but equally overused are those team stock photos that show perfect groups of overly happy people, with beaming smiles, thumbs or fists raised, and often leaping in the air. People, this is not real life! Unfortunately, we still see far too many of these, even though they’ve been around for decades. And now there’s a whole new bunch of imagery to be wary of. A few years ago, depth-of-field action shots became the trend, but be careful, trends quite often become clichés, because everyone likes the idea and then steals it, thus rendering it over-used and unusable. 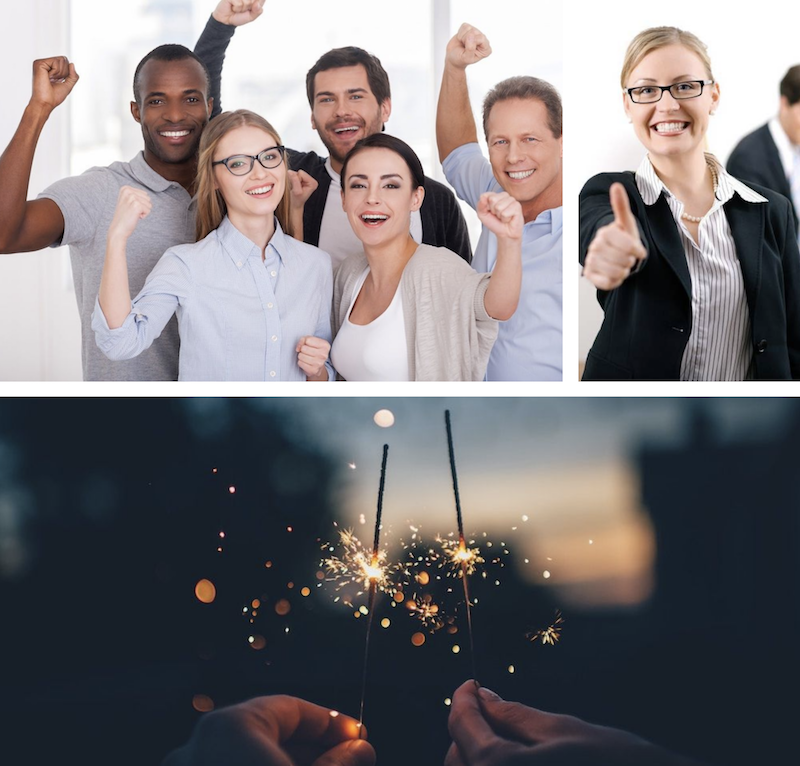 For example, this type of image was once considered ‘different’, but now, everyone is using it. “Cliche!”

There’s nothing unique about a cliché USP

Product descriptions and unique selling points (USP) are often plagued by cliché monsters (ironic really!). When you see products described as ‘best-in-class’, ‘unique’, ‘unrivalled’ or ‘market-leading’, you know they are probably not. The likelihood is, these claims are not only invalid, but potentially harmful to the brand. If customers are reading about similar claims made by competitor brands, then suddenly your USPs become a lot less credible. And we don’t want that do we.

When is a cliché not a cliché?

When you use them ingeniously, because clichés are immediately recognisable, they can do a lot of ‘the hard work’ to convey the unique value of a brand — as long as we can think of a new way to apply them. A cliché can get to the heart of a specific benefit for a particular audience, but the secret is to implement an unexpected twist or use it in a play on words.

These three U.S. B2C companies took clichés right out of the ‘Book of Clichés’, but put a unique spin on them and created taglines that were both memorable and humorous:

Works like a dream. (Ambien – medication used for the short-term treatment of insomnia)

A different approach to the dairy-cow footbath

So how do we escape the cliché monsters and start producing creative ideas that can demonstrate a fresh social relevance of the business proposition? Sometimes it’s about changing the perspective, making surprising connections. Take, for example, a dairy-cow footbath producer who is challenged by the fact that the footbath hasn’t changed in 20 years. It’s still long, ankle-deep and, most important, swimming with too much copper sulfate metal. Add that it’s a primarily overlooked category, even a great metal-minimising solution like HOOF-TEC™ would need help turning heads. Enter “Too Much Metal,” a campaign created by our talented BBN USA agency that tackles metal mania with in-your-face, heavy-metal hair band bros. Shot by celebrity photographer Matt Hoyle in New York City, this campaign quickly and unforgettably rocked the client’s target audience with useful, high-impact media placements both internally and out in the field. The campaign went on to be awarded numerous creative accolades by NAMA, PRSA and the BMA B2 Awards.

A surprising approach to mainframes

Micro Focus, a global software company that bridges the coding gap between old and new IT systems, had created a new Mainframe Solutions product set. This would make the mainframe a whole lot more agile so that an enterprise could build and deploy more innovative systems. True decided it was necessary to turn the market’s perception of mainframe agility on its head – literally. Creating a series of “agile” mainframe animals: an elephant on its trunk, a gorilla sprinting and a rhino leaping. Visually, this quickly communicated that the mainframe was now a different beast altogether. The message and strapline: “there’s a future in the present.”

So go for surprising, new and different.

And don’t forget humour, even in B2B. Avoid dull, tiresome, and tedious. Fight the battle against the cliché monster. Campaign with us for more creativity in B2B marketing. Make it fun. Make it entertaining. Make it smart.

We’ll leave you with our top 20 overused business marketing clichés. Score yourself a point for every one you’ve used!